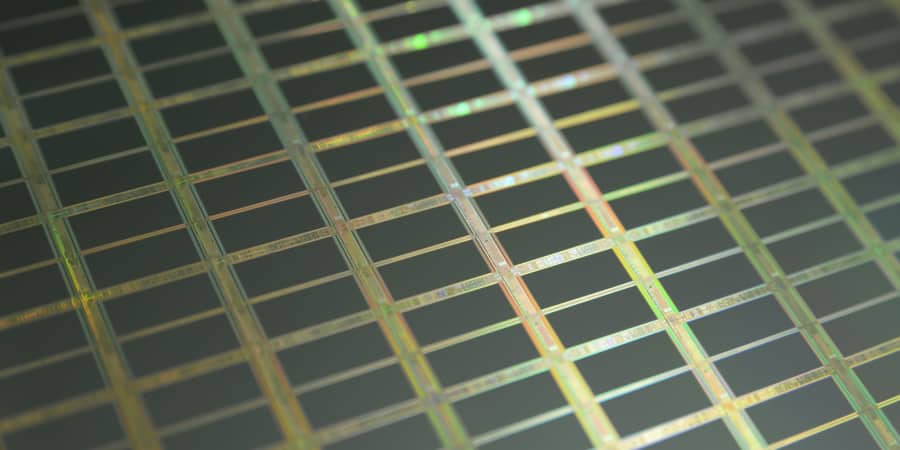 “We wanted flying cars, instead we got 140 characters” the manifesto of Peter Thiel’s Founders Fund famously proclaimed when discussing the lack of recent transformational innovations. It’s a frustration that most people have probably felt at some point: why is technological progress so slow? Where are the innovations that we dreamt of when we were young? Not just flying cars, but also transporter beams, space colonies, pills that cure all diseases, and other life-changing technologies.

Is this a case of high hopes and expectations defeated in the face of reality? Or is technological progress actually slow?

Slow growth and exceptions to the rule

You could argue that it’s simply our expectations that are the issue. In his most recent book, Growth (See Amazon or my notes), Vaclav Smil describes the growth of essentially all things: from small organisms, humans, objects, to societies and economies. One of the main takeaways from this synthesis is the fact that nothing grows (exponentially) forever. Most growth patterns consist of short periods of rapid growth, followed by long periods of a plateauing where growth is slow.

But, as always, there are exceptions to the rule and Moore’s Law is probably the most famous example of that. Originally formulated by Gordon Moore in 1965, it states that the density of transistors in integrated circuits would double (roughly) every two years – this has held true until today. Increasing the density of transistors not only increases the computing capacity, but it has the additional benefit of reducing the energy consumption of transistors as well. The smaller a transistor is, the less energy it consumes since it’s easier to turn on or off.

There are other examples that closely follow Moore’s Law. Smil describes, for example, that products relying on the improvement of microprocessors (meaning higher performance, or lower costs) have seen patterns similar to Moore’s Law. Take computing power for instance – the cost of that has declined by 50% per year since the late 1970s. Other examples are the costs of camera chips and the capacity of magnetic storage.

But can this growth continue forever? The obvious answer is ‘no.’ Nothing can grow forever, and Moore’s Law is no exception to that. Already in 2010, Gordon Moore himself stated that: “It can’t continue forever. The nature of exponentials is that you push them out and eventually disaster happens.”

At some point, it will become impossible to keep doubling the density of transistors every two years. This is partly driven by the nature of small things; once you reach atomic levels, you can’t make things much smaller. The materials and design required to make such small objects work will also increase the expense.

So while theoretically the density of transistors might continue to increase, the economic feasibility might not be there any more. For example, the increase in energy efficiency mentioned earlier already reached its plateau in the mid-2000s.

Regardless of how long Moore’s Law actually continues (or not), it has had and continues to have an enormous influence. Smil, in the same book mentioned earlier, also describes what he calls “Moore’s Curse,” the unrealistic expectation of technological progress in areas not related to microprocessors and computers.

In contrast to transistors, most new things and technologies don’t double every two years – progress is usually slow. Growth rates and efficiency improvements of 1.5% to 3% per year are more normal and realistic.

Then there are restrictions and constraints to innovations that are sometimes easy to forget. Infrastructure and energy, which of course includes electricity and fuels, but also food production, come to mind. Even if some technologies can grow rapidly, they are built in a society in which the construction of new infrastructure, or the generation of more energy and/or food is slow and difficult. Clearly, not everything has the ability to grow as quickly as some IT-related products.

Finally, it’s also not as if there is no innovation happening – but they might not be on the same scale as, say, the lunar landing. So it’s easier to take them for granted. Improvements in file compression, solar cell efficiency, or waste sorting robots? All important and beneficial, but not sexy nor glamorous. So perhaps part of the issue also relates to the visibility and scale of innovations, and the distinction between massive publicly-funded projects (like the lunar landing, but also the development of nuclear weapons) and everyday privately-funded incremental innovations.

The argument against slow growth

So do high expectations explain the full disconnect between what is happening now, and what we imagined or dreamt of?

Most likely not. Some technologists claim that we are living in a world where innovations and ideas are stagnating.

For example, Peter Thiel listed the stifling pressure of regulation and sclerotic bureaucracies as threats to innovation. His venture capital (VC) fund mentioned earlier also states that investors themselves might carry part of the blame: “Along the way, VC has ceased to be the funder of the future, and instead has become a funder of features, widgets, irrelevances.” After all, it’s easier to invest in companies that aim for incremental innovation – not just because it’s simpler to design, implement and sell, but also because it’s also less risky for the investor. Although, obviously, the pay-offs pale in comparison to truly innovative, breakthrough technologies.

David Graeber also makes a good argument when it comes to research and innovation: we often like to think that small, nimble firms are responsible for technological progress, but most research projects are actually driven by large bureaucratic organizations. A quick look at the Pentagon budget confirms that. But what has changed is the culture of these bureaucratic organizations; they have become more business-like and started to focus on marketable products with demonstrable use cases (while at the same time increasing the number of administrative tasks, such as writing proposals and applications for grants). As a result, the truly innovative, massive projects that don’t have clearly defined uses might not receive the attention they once did, and so the rate of original ideas and technological progress has declined over the last decades.

But those are not the only reasons. Marc Andreessen, another famous VC investor, talks about another central issue when it comes to progress and growth – and that is the willingness to build. It’s not so much that large new scale innovations and growth are impossible, but it does require fighting against inertia and the status quo. You also need a certain culture and willingness to support this – innovation is not cheap, not in terms of money nor efforts.

And, let’s be honest, it’s not like we’re lacking ideas. We know what could be done in terms of the next steps for carbon-free power generation, food production and reducing fertilizers, to more outrageous ideas such as asteroid mining.

The only thing left to do? Well, to want it, to fund it, and to actually create opportunities to build it.

The merits of being unreasonable

So there is a bit of a contradiction: on the one hand, it’s clear that growth and innovations, in general, don’t move very rapidly. On the other hand, there could be economic and cultural blockers that are slowing down new ideas and innovations. Our expectations are high, but maybe we focus on the wrong things, organize in the wrong way, or simply don’t demand enough.

In that way, Moore’s Curse might be more positive than it appears at first sight. High expectations of technological progress and innovation, purely based on the revolution in microprocessors, might not be realistic, but it could be an antecedent towards actually making some progress.

To paraphrase George Bernard Shaw, all progress and innovation depend on the unreasonable man; so extrapolating an out-of-the-ordinary innovation cycle and applying it to all technologies and innovations might not be so bad. At least it shows a dissatisfaction with the status quo and it makes an effort to change the world according to our (unreasonably) high hopes. And even if that is not the correct way forward, at least it’s a step in the right direction.